Every year, The University of Texas at El Paso and the UTEP Alumni Association honor a group of men and women whose achievements stand out as monuments to dedication, integrity and hard work – they are the UTEP Distinguished Alumni. The 2019 recipients are shining examples of the Miner spirit whose determination and drive to succeed propelled them to the pinnacle of success in their chosen professions. 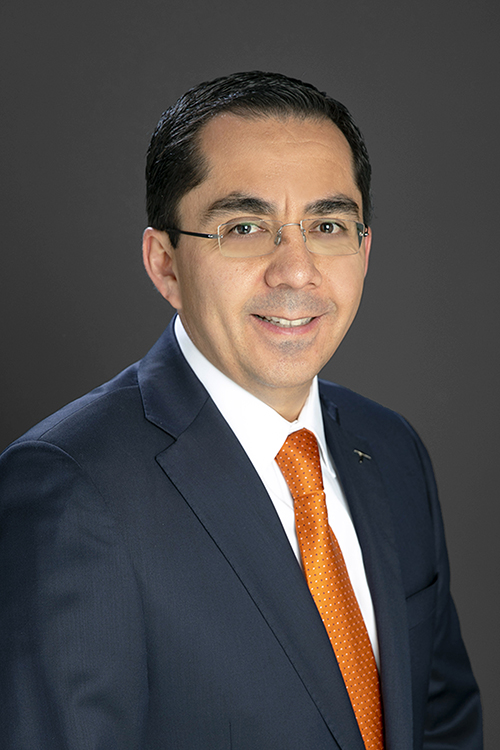 After earning his bachelor's degree in accounting and economics, Coronado eagerly returned to UTEP to pursue his master's degree in economics. Shortly into his graduate program, he landed an internship at the Federal Reserve Bank of Dallas, El Paso Branch. What began as a temporary, unpaid position led to an 18-year career. The young, ambitious economist continued his education at the University of Houston, where he earned his doctorate in economics, which helped him ascend the organization's ranks.

"UTEP was very welcoming and offers a lot of support to students like me," Coronado said. "If you are determined that you want to be successful, UTEP provides the resources to make it happen. Trust me, if I could do it, you can do it." 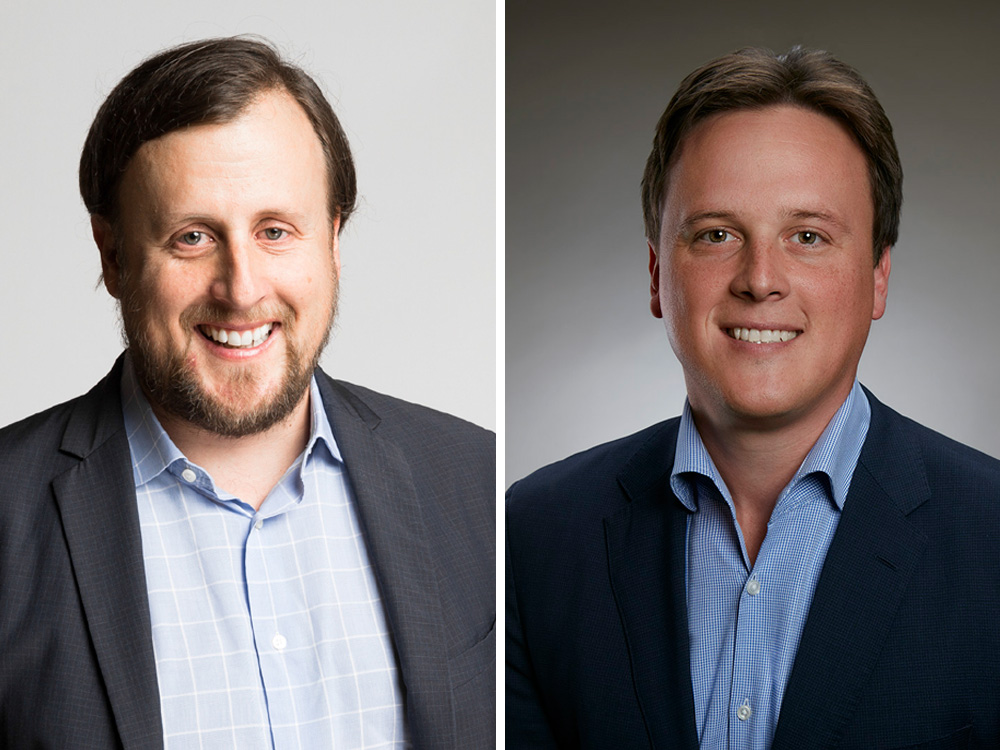 Miguel Fernandez Jr. and Rodrigo Fernandez are brothers from the Paso del Norte region who co-founded a telecommunications network with three other people to provide communication services in previously underserved communities in Mexico. It evolved into a business that employs hundreds and created a fiber-optic network that spans approximately 8,000 route miles.

In 2001, the two collaborated to create Transtelco, a telecommunications service provider that covers the United States and Mexico and provides voice and data services to Fortune 1000 companies and other businesses. Its coverage area stretches from Los Angeles and Dallas in the United States to Tuxtla Gutiérrez, Chiapas, at the southern tip of Mexico.

"Students need to have their eyes open and realize there are a lot of opportunities, and the people who are able to leverage that are the people who understand what the border is about," Rodrigo Fernandez said. "That was me." 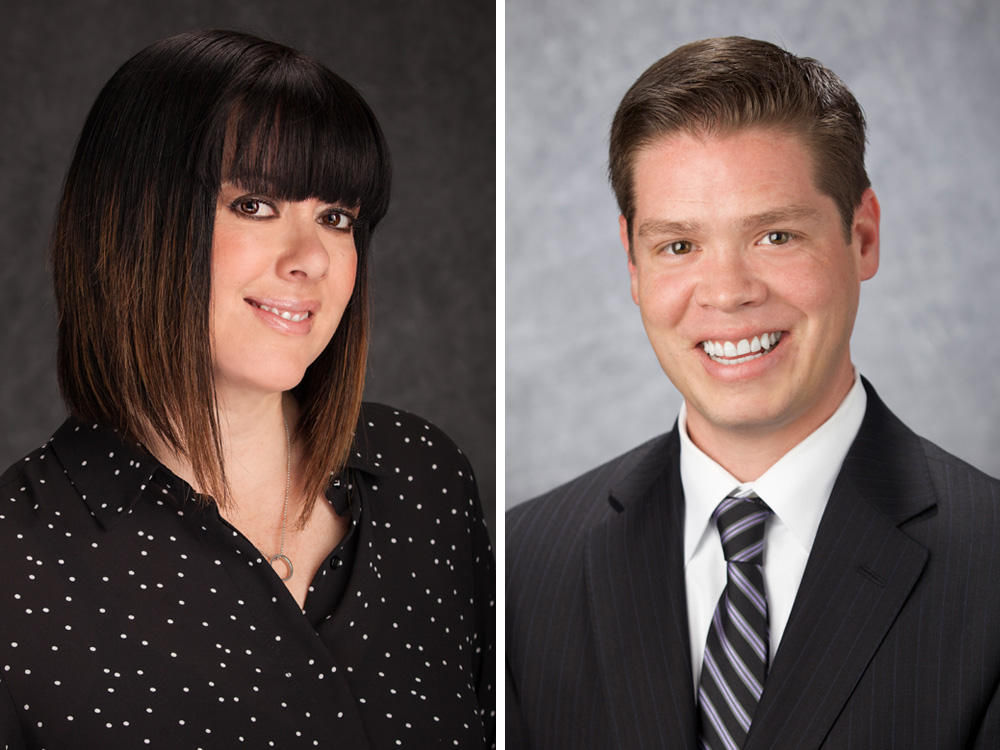 Creative Kids, a nonprofit organization established 20 years ago, began as a labor of love for Stephen Ingle and his then girlfriend, now wife, Andrea C. Gates-Ingle who met while attending UTEP.

Creative Kids has grown since then. The nonprofit has earned national recognition for providing a high-quality creative youth development program that utilizes the visual arts to empower children with cognitive or physical disabilities, children battling illness, underserved children or just those with an artistic knack.

As for receiving the UTEP Distinguished Alumni Award, the pair said they were humbled and proud of the recognition.

"It is amazing for someone to see what we've done and recognize it," Ingle said. "This is something that we will really cherish and carry as an accomplishment. We have won awards from the city and other recognitions, but this award is from our school, where we learned to do what we do. Getting this award makes it all worth it and we are proud to be part of the UTEP legacy." 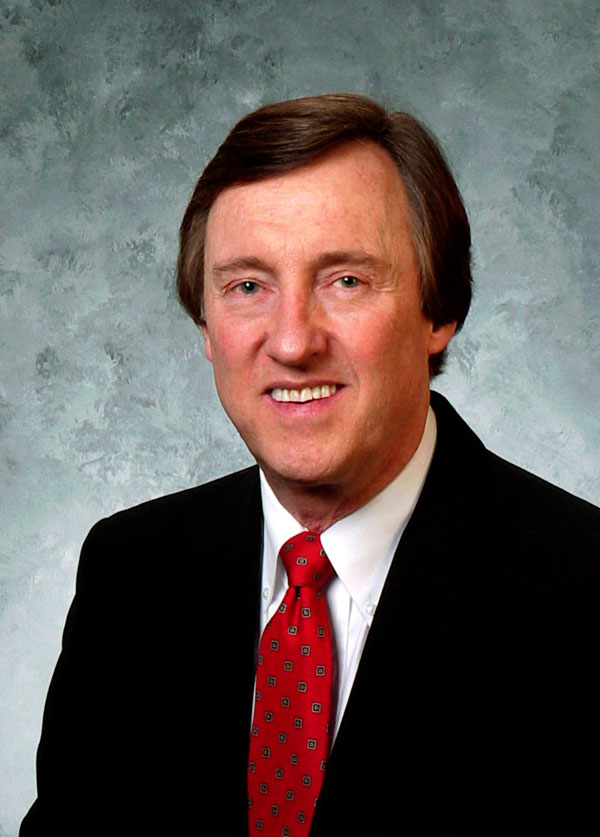 The U.S. Army allowed Curtis Parkin, Ph.D. who also was in Texas Western College's Army ROTC program, to delay his active duty service in order to study nuclear and radiation physics at Vanderbilt University's U.S. Atomic Energy Commission postgraduate fellowship in Nashville, Tennessee, where he then earned his master's and doctoral degrees in experimental plasma physics.

In 1968, the Army assigned Parkin to active duty at NASA's Ames Research Center in Mountain View, California. He applied his studies to work on magnetometers, equipment that would measure magnetic fields on the moon's surface for the second manned mission to land on the lunar surface, Apollo 12 in November 1969.

Parkin said the success of the magnetometer on Apollo 12 led to funds for four additional magnetometers for the Apollo 14, 15 and 16 missions. He became co-investigator for each project.

He separated from NASA in 1979 and continued to work in related fields in California until he retired in 2015. To this day, Parkin maintains contact with several members of the UTEP fraternity that helped him on his celestial career path.

"One thing I'll be saying to other students, 'Study hard and don't neglect your friends and your connections at the University because they can be helpful for the rest of your life,'" Parkin said. 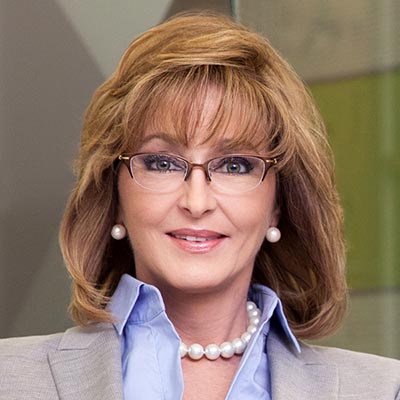 Crystal Long is a first-generation college graduate who currently serves as president and CEO of GECU, the largest locally owned financial institution in El Paso.

Long was born in Lubbock, Texas and moved to El Paso with her family when she was eight years old. She began her career at GECU as an entry-level file clerk in 1979. Later, Long pursued higher education to advance her career and worked toward a college degree while maintaining a full-time job and raising a family. Her persistence paid off when she received her Bachelor of Science in Business Management and later an MBA from the University of Phoenix.

Long progressively moved up the ranks at GECU to a teller, supervisor, manager, and vice president. Already a top leader at her institution, her desire to keep learning and growing professionally wasn’t satiated. In 2011, she became a proud Miner when she joined The University of Texas at El Paso’s Executive MBA Program (EMBA).

Long says she is humbled and honored to be recognized as a Distinguished Alumna, a recognition she feels should be shared with her family, friends, colleagues and community members, who all have been part of her journey.

“Having become a UTEP graduate, I believe I’m better positioned to advocate for the value of a college education in the workplace and am proud that, through my example, others have chosen to attend college,” Long said. “You simply can’t help but be changed by exposure to new concepts, people and perspectives. I am very grateful for that.” 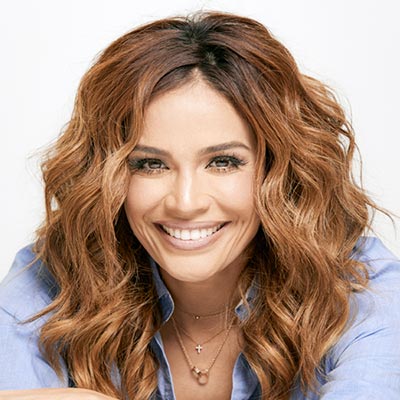 Karla Martinez is the co-host of Univision’s highly rated national live morning show, “ Despierta America.” While a student at The University of Texas at El Paso, the Chihuahua native got her start in broadcasting at KINT-FM (Channel 26), Univision’s affiliate station in El Paso. In 1995, the young reporter was scouted by the Univision Network, becoming a Texas correspondent for the national newsmagazine “ Primer Impacto.” Later she served as a reporter for the network’s top entertainment news show, “ El Gordo y la Flaca,” and host of Univision's popular youth-oriented lifestyle program, “Control.”

In addition to her role with “ Despierta America,” Martinez has co-hosted numerous Univision specials and in 2013 co-hosted ABC’s “Good Morning America” and “The View” alongside one of her role models, Barbara Walters. She has been named one of People en Español’s 25 Most Beautiful People and 25 Most Powerful Women, and one of Vogue Mexico and Latin America magazine’s 2018 100 Most Influential People.

Recently, Martinez added Emmy award winner to her list of accomplishments when “ Despierta America” won an Emmy for Outstanding Morning Program in Spanish. She also has authored “ El Poder de Una Sonrisa” (The Power of a Smile), a book focused on ways to overcome life’s bad moments.

“I am an example of a dreamer and am happy to be able to represent UTEP students with my story,” Martinez said of her recognition as a Distinguished Alumna. “This is a recognition for all of them. Being an immigrant makes me feel so proud to be recognized for not only what I accomplished but the example I leave others; showing them that anything, no matter where you come from, your story or past, anything is possible.”

Maria Castañón Moats was born in Juárez, Mexico and grew up in El Paso. She graduated from UTEP in 1990 with a bachelor’s degree in business administration. She made partner at PwC in 2004 and was later appointed as the firm’s U.S. Diversity Leader from 2011-16, where she reported to the company’s U.S. CEO and served on the U.S. leadership team. Currently, Castañón Moats serves as the first woman and first Hispanic to hold her position at PwC and recently claimed the No. 2 spot on Fortune magazine’s inaugural list of the 50 Most Powerful Latinas.

“I’m incredibly humbled by being named as a Distinguished Alumna,” Castañón Moats said. “UTEP means so much to me – it’s where I learned the value of hard work and was exposed to a variety of people, cultures and information, all of which contributed to both the person I’ve become and the fulfilling career I have today.”

CEO and President of University Medical Center of El Paso

Jacob Cintron started out doing odd jobs in the Engineering Department of Thomason Hospital, now University Medical Center (UMC), when he was 17 years old. Cintron earned his bachelor’s degree in industrial engineering from UTEP in 1983 and returned to the University to earn an MBA and a Master of Accountancy. He became director of engineering at Thomason and, later, assistant administrator of the hospital. He stayed at Thomason for 17 years before moving on to executive positions at major health care systems in Chicago, Illinois; San Antonio, Texas; and San Diego, California. Cintron returned to El Paso in 2006 to become CEO of Del Sol Medical Center, a position he held for 10 years before being named CEO of UMC.

“I am blown away, proud and humbled by being named as one of UTEP’s Distinguished Alumni,” Cintron said. “If it weren’t for UTEP, I would have settled for something else, and my life path would have been very different. Thanks to UTEP, I am in a place where I’d never thought I’d be.”

Co-founder and Executive Chairman of Drillinginfo

Allen Gilmer attended Rice University intending to become a lawyer. While at Rice, he enjoyed his geology classes and ended up earning a bachelor’s degree in geology in 1984. Gilmer returned to El Paso and attended UTEP, where he earned his master’s degree in geological sciences in 1987. He worked several years as a geophysicist at Marathon Oil Co. and went on to co-found several companies in the oil and gas sector before starting up Drillinginfo, a leading provider of cloud-based data and analytics software for the oil and gas industry. Professionally, Gilmer has received numerous accolades. He was selected as Large Company CEO of the Year for Central Texas in 2014, Top 7 North American Prospect Expo Influencers in 2014, Texas' Outstanding Geoscientist in 2012 by Texas Monthly magazine and Ernst & Young Entrepreneur of the Year in Central Texas in 2012.

“Throughout the history of TWC and UTEP, there have been some true giants who have earned their degrees at this outstanding university,” Gilmer said. “I am amazingly humbled by being recognized as one of UTEP’s Distinguished Alumni.”